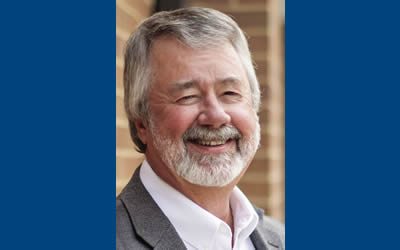 Randy Railsback, immediate past Executive Director of the Green Hills Regional Planning Commission (GHRPC), was sworn in on January 8, 2021 as a State Representative representing Caldwell, Ray, Clay and Clinton Counties (District 8). He was elected to his first two-year term in November 2020.

“Randy’s leadership in Missouri’s regional planning efforts will certainly be missed.” said Linda Conner, MACOG President & Executive Director of the Lake of the Ozarks Council of Local Governments. “But we know he will continue his strong advocacy for regional planning in the State Capitol.”

Railsback owns and operates a Missouri Century Farm called Railsback Farms in Hamilton, Missouri. He has served as the past director for two regional planning commissions: the Northwest Regional Council of Governments (NWMoRCOG) and the GHRPC. He is a proud member of the Missouri Farm Bureau, the NRA, Missouri Right to Life, and the Missouri Cattlemen’s Association.

Railsback is a graduate of Penney High School and is a 1990 graduate of the Economic Development Institute at the University of Oklahoma.

Born in St. Joseph, Missouri, Railsback currently resides in Hamilton with his wife, Kandi. They have three children: Craig, Will, and Taylor.