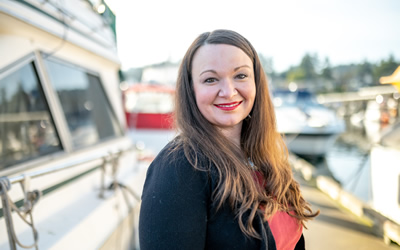 The Green Hills Regional Planning Commission’s Board of Director’s is pleased to announce that Corrine M. Watts has been selected to serve as the next Executive Director of the Commission. On December 21st the regions Presiding Commissioners conducted interviews with 4 candidates and recommended Watt’s to the full Board for consideration. The Board of Director’s met on the 22nd via conference call and after lengthy discussion and deliberation unanimously voted to offer the position to Mrs. Watt’s.

Mrs. Watt’s is a Missouri native hailing from the Higginsville Missouri area. She graduated from CMSU in 2006 with a Master’s of Science Degree in Criminal Justice having previously earning a Bachelor of Science Degree in Sociology from CMSU. Corrine has a shared passion for community development and engagement which led her to seeking the Executive Director’s position at the Planning Commission.

Corrine is excited for the opportunity to move back to Missouri to be nearer to her family and at this time anticipates assuming her duties the 1st week of March 2021. In addition to hiring Mrs. Watt’s the Board reassigned Assistant Director Jackie Soptic to the position of Transition
Director who will work with the Board, staff, and Corrine during this transition period which will provide stability to the basic services provided by the Commission while the agency develops new strategies under Corrine’s leadership.

Corrine Watts will replace Randy Railsback who was recently elected to serve as Missouri State Representative. He will be sworn into office on January 6th and is planning to volunteer his time as needed to also assist in the transition.